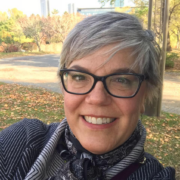 On June 17, 2015, the Rev. Clementa C. Pinckney, Cynthia Marie Graham Hurd, Susie Jackson, Ethel Lee Lance, Depayne Middleton-Doctor, Tywanza Sanders, the Rev. Daniel L. Simmons, Sharonda Coleman-Singleton and Myra Thompson were gathered for Bible study at Mother Emanuel African Methodist Episcopal Church in Charleston, SC. As they studied scripture, these nine welcomed a stranger to their circle and before their study was over, all were dead and three more were wounded. The killer left no doubt about his actions. He overtly and explicitly sought out a gathering of black people because of their race and their commitment to civil rights. The man who killed the Emanuel Nine is rightly imprisoned today.

I was in Egypt on June 17, 2015 when the news of this horrendous event reached me. When I learned that the murderer had grown up in an ELCA church, I was cut to the heart (language we heard in response to Peter’s preaching this past week). I experienced shame at the crime of a person I didn’t know and had never met. It was staggering to realize that someone could hear the same proclamation of Jesus’ unconditional love and grace that I heard, and yet bear such different and destructive fruit. The shame I felt in that moment was born from the realization that formation in the ELCA was not enough to teach him to recognize the image of God in the people who would become his victims. I wondered: where had my faith formation also fallen short? If hymns, scripture, and theology could still allow hate and racism to take root in this baptismal brother, that meant it also could have taken root in me. I began to ask myself: as a pastor in this church, as a believer who has loved and been deeply shaped by the institutions of this church, what corners of my heart and life had also received racist and hate-filled messages and not yet been touched by Jesus’ grace-filled, healing power?

This Sunday’s passage from Acts contains a story of Peter and John healing a man lame from birth. One function this story serves is to remind us that the healing power of the risen Christ wasn’t just at work in Jesus, but is also at work in those who call on his name. And not just first century apostles like Peter and John, but people like you and me who look at the shame we experience in our own lives, or the shame we feel from the world around us, and seek Christ’s power and presence to heal us.

There is a balm in Gilead to make the wounded whole;

There is a balm in Gilead to heal the sin-sick soul.

Don’t ever feel discouraged, for Jesus is your friend;

And if you lack for knowledge he’ll never refuse to lend.

Jesus is a balm that heals. He never grows tired of lending his healing power to those in need. Sometimes that healing begins with repentance as we seek forgiveness for what we have done and what we have left undone, for what we know and what we remain ignorant of, for our sins of thought, word, deed, and for the sins of our sisters and brothers, our neighbors, our ancestors.

In the humility of repentance, I make room for the balm of Christ’s forgiveness to fill me and continue the work of healing. This healing power is present for all who believe!

May Christ’s peace fill you today and in the days ahead.