Yesterday marked our return to Fall programming at BLC, as the choirs and musical ensembles for all ages have begun rehearsing and Confirmation classes and other faith-formation opportunities resume.  This time of year often brings a new energy as kids return to school and families and households settle into the routines of a schedule after summer vacation.  There’s a new energy at church, too, as we return to more regular programming.
As I (Pastor Hoffman) looked out at the congregation, I noticed people’s faces.  I saw some new faces.  I saw some familiar faces.  I saw some faces I haven’t seen for awhile.  I wondered what faces are behind the screens and participating virtually. I thought about other faces – those I expected to see but didn’t; those I’ve missed seeing; those who have moved away; those who are sick or tending to other responsibilities.
Being a Pastor over the past few years has been especially disorienting, because so many of our routines and patterns have shifted dramatically.  It’s been hard to know who feels connected, who feels a sense of belonging to our community of faith and who is feeling lost, far away or on the outside.  If we want to be like the shepherd looking for the lost sheep or the woman sweeping her house for her lost coin, it’s hard to know who is “lost” and who is “found.”
It’s not a simple matter of who shows up on Sunday morning and who doesn’t. I can feel more lost in a group of 99 than I do out in the wilderness alone.  The good news is that God knows! As Pastor Amy reminds us, God never grows weary of searching for us, seeking us out, and restoring us to the community of God’s people. If you are feeling lost, disoriented, and wondering where you belong, God has not given up on you.
By the grace of God, we sometimes have the privilege of being the face of Christ for someone else, helping them feel seen and known, and connecting (or re-connecting) them to God’s people. As you go through your week, I invite you to pay attention.  Notice who is missing.  Notice who might need some encouragement, some reminder that they are not alone in this world.
And return again and again to the place where Jesus always leaves a seat for us at His table, forgiving us for the ways we have gone astray, the people who have let down, and reminding us that we belong.  We are not alone.  We belong together in Christ. 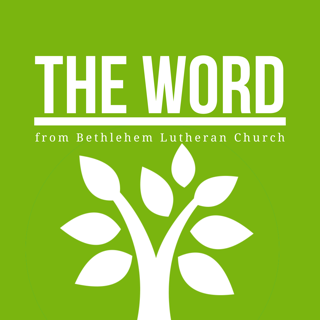 Events around us, like the attacks of September 11, 2001 or even the death of an important figure, like Queen Elizabeth, can be disorienting and leave us feeling lost and unmoored. Jesus tells two parables about things that are lost and then found. In these parables, Jesus invites his followers to orient themselves in a vision of God as a seeker who does not grow weary in searching and experiences joy and invites celebration when the lost is found!

September 17 is the day in 1849 Harriet Tubman first escaped enslavement in Maryland, along with two of her brothers. In a letter to Ednah Dow Cheney, circa 1859, Tubman wrote: “God’s time [Emancipation] is always near. He set the North Star in the heavens; He gave me the strength in my limbs; He meant I should be free.”

(From the Theologians’ Almanac on the SALT Collective Blog)